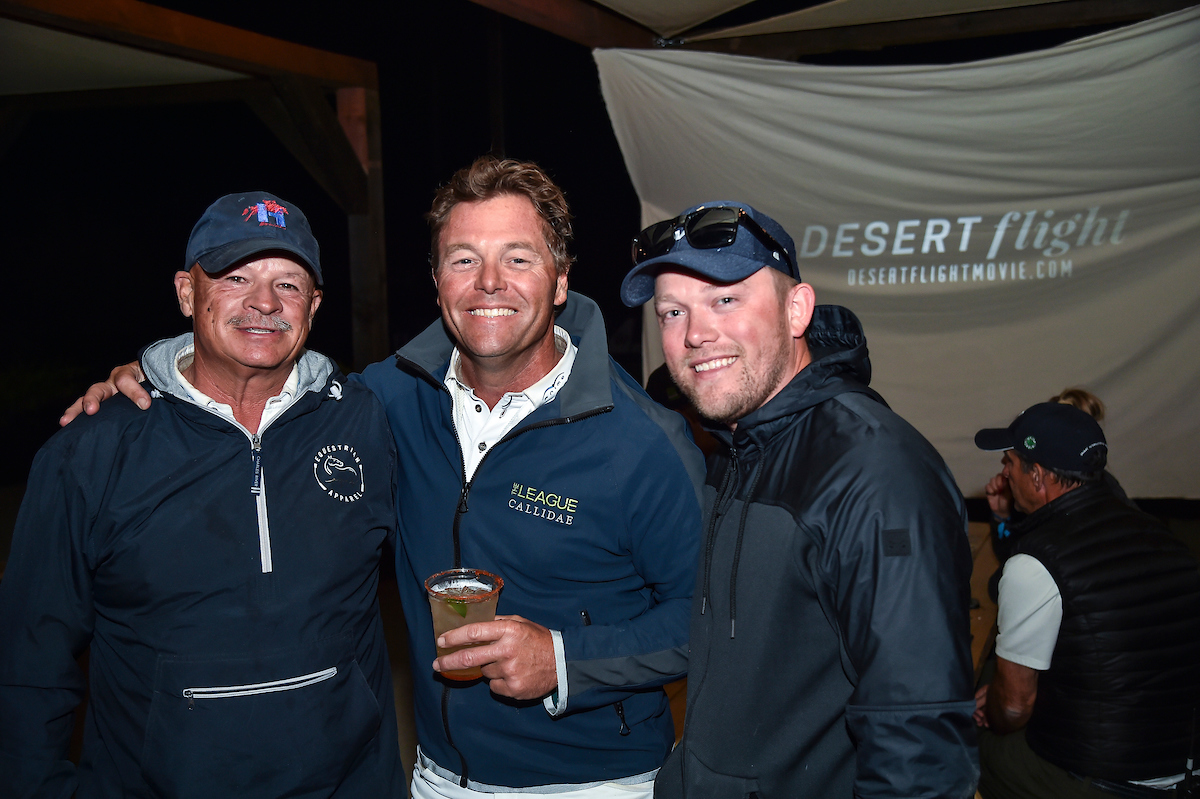 Desert Equestrians Kick up their heels in celebration at premiere party

Having completed its tour of film festivals and venues around the world, the award-winning documentary Desert Flight celebrated its online streaming debut with a spectacular launch party on Sunday night. The event was held under the stars during Major League Show Jumping’s stop at the Holiday series at Desert International Horse Park.

Under twinkle lights and decorated palm trees, exhibitors and fans alike toasted the short film, enjoyed the food and open bar and took in the night’s entertainment: a rocking live band made up of industry professionals from Los Angeles and soaring aerial routines performed by acrobats from Las Vegas. Desert Flight-branded projections of its masterfully shot cinematography enveloped cozy seating beneath pergolas at the Horse Park’s new Parlanti Bar.

Samia Staehle, Executive Director of Desert Flight and hostess of the evening’s festivities was grateful to the riders, managers, and friends for making it successful. Staehle commented, “We brought the tunes and lights and, well yes, those were acrobats, but you all brought the spirit and the fun!”

More than anything, the evening created an opportunity for the community to come together and kick back, sharing in the incredible lifestyle that Desert Flight has become recognized for capturing. Reviews were all complimentary with most reveling in the largest social gathering to take place at the newly renovated show facility. International show jumper Kyle King, who appears in Desert Flight, gave the event a big thumbs up and added “The entertainment was off the charts!”

Desert Flight’s support of the Desert International Horse Park continues throughout the season with the next big sponsorship being Major League Show Jumping’s $200,000 FEI 5* Grand Prix on Friday December 10th at 6:00 pm in the stadium.
Additional information about Desert Flight and the full stream of the film may be found at www.desertflightmovie.com