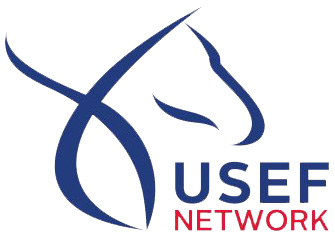 American horse lovers are in for a treat as award winning film DESERT FLIGHT is now available to stream on demand via the USEF Network. The 39-minute documentary film explores the horse-human bond through the eyes of a group of equestrians from differing walks of life.

Shot on location at the HITS Coachella Desert Circuit, the stars of the film include Richard Spooner, Will Simpson, Mandy Porter, Rich Fellers and of course his legendary mount Flexible among others. These famous riders share how horses have contributed to their lives and provide insight on their burning desire to compete, earning the picture the subtitle of “a love letter to the sport of show jumping.”

After screening the film, Chairman of US Equestrian’s Jumping Sport Committee and former United States Equestrian Team member Chrystine Jones Tauber remarked, “DESERT FLIGHT is a poignant film that captures the special bond between riders and their horses and takes you on their magical journeys from childhood dreams to becoming Olympic Champions.”

While set in the equestrian discipline of show jumping and culminating just as the season does with the gigantic million-dollar grand prix, the film in fact plays to anyone who loves any type of horse which is why US Equestrian, the United States’ governing body, felt that it was the perfect piece to share on the USEF Network. “We are thrilled to share the award-winning documentary film DESERT FLIGHT with our members” commented Vicki Lowell, Chief Marketing and Content Officer of US Equestrian.

The USEF Network is a valuable benefit to members of US Equestrian enabling them to view a wide array of content that traditionally includes educational and competition footage. DESERT FLIGHT however is the first film to be made available. Lowell continued, “As the first film to premiere on the USEF Network, we could not think of a better way to share the joy of horse sports than this authentic, beautifully crafted film which captures the hopes, dreams and realities of the competitive equestrian world and those who love and live it every day.”

DESERT FLIGHT’s creator Samia Staehle is an amateur competitor working her way up through the jumper divisions. As a former producer for the Associated Press, Staehle observed stories that she felt should be shared. After partnering with Michigan based Tell Studios, DESERT FLIGHT was born. Staehle described that “it was definitely a case of talented crew meets talented equestrians. I already knew from earlier projects that Tell Studios could get to the heart of a story. Now I wanted to know whether they could capture the essence of a horse passion from these encounters with top equestrians.”

In an effort to share this labor of love with as many people as possible, the film has been touring the United States and screening for audiences large and small. It was not only shown during the World Equestrian Games held in North Carolina in September but also won best of the EQUUS Film Festival in New York City in December.

For those who are not yet members of US Equestrian, free fan membership is available to anyone using the promo code “desertflight” on the federation’s website. Members may log in to the USEF network to watch DESERT FLIGHT on demand. For additional information visit www.desertflightmovie.com and follow #desertflightmovie on social media.